I have been working as a freelance illustrator since graduating from Brighton University with a degree in illustration..many moons ago. My work covers a wide range of formats within the illustration industry and more recently has begun to address social issues.

My interest in children's illustration really began during my travels in India after University. I embarked on a six week mural project there in a school in Tamil Nadu, which gave me such joy seeing the children's faces when they discovered each new mural in their classrooms.

My real art critiques have been my three sons. Reading many books to them over the years, has given me insight into what engages and delights children within a picture book. It is often the charming moments captured between characters, hidden animals in the background or a sub story to follow alongside the main text. I have illustrated six published children's books to date.

​Since completing a masters in illustration my work has taken a more adventurous route looking at ways to inform my drawings that do not necessarily rely on a visual stimulus. For example, using music as inspiration without planning or having a final outcome in mind, all of which has helped interrupt the familiar in my visual language leading to some new discoveries. 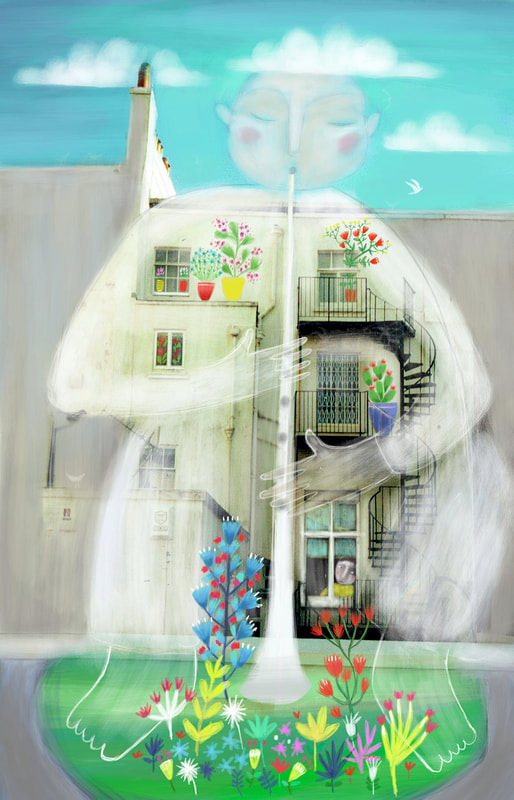 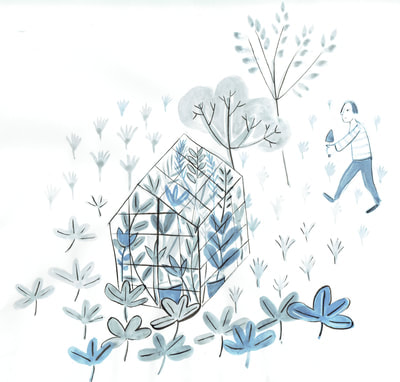 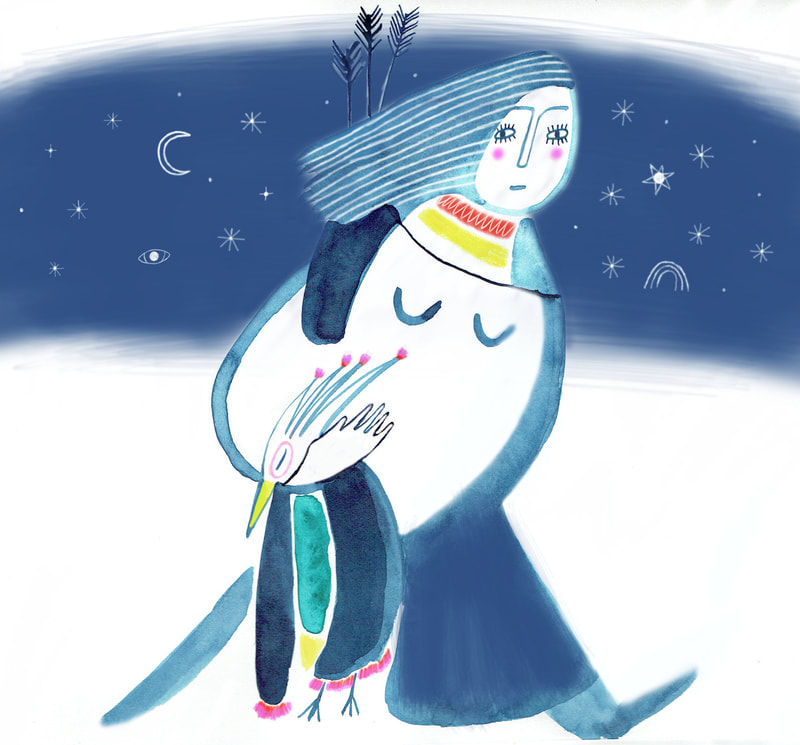